Philippe Smit was born in the Netherlands, in Zwolle, on 17 November 1886, of a Dutch father and a mother of French origin.  He was the next to last born of the couple’s eight children.

In July 1895, his family moved to Paris where his father, after having worked as a barber, would serve for a number of years as  the concierge of the Hotel Montaigne. Philippe Smit’s education was essentially French.  Although there is no information on his studies, it seems that they were very limited, as is indicated by his very approximate spelling.  Nevertheless, a lover of poetry and of the music of his period, he deepened his knowledge of these domains all throughout his life.  Poets (Verlaine, Baudelaire, Rollinat, Mallarmé) and musicians (especially Debussy) would inspire a number of his works.

As a young man, he earned his livelihood, for a brief period, by designing and creating jewellery.  In the years around 1910, he frequented two drawing schools where he met René Massé, with whom a profound friendship would unite him.In 1910, his mother died.  He moved to the Rue Malte Brun, in the same building where Massé lived.

Around this same period could have occurred his encounter with the couple Nicolaas and Berendina Urban who, as admirers of his painting, would support him morally and financially and host him during his visits to the Netherlands, where Nicolaas would take charge of the sale of his works.  The vicissitudes of life, including the divorce of the couple and then life together with the marriage in 1940 of Philippe Smit to Berendina, would not affect their friendship.

He lived in extreme poverty, which only the help of the Urbans assuaged, and split his time between Paris, of which he portrayed places, bridges, and embankments, and the Netherlands, where he made short visits.  His amazement before nature, never relinquished, led him to multiply his excursions along the Seine and its surroundings, downstream to Bonnières, Vétheuil, Giverny, Osny and Auvers-sur-Oise, and upstream to Barbizon and the forest of Fontainebleau. This “delightful nature is always such a great consolation“, and he would affirm ingenuously throughout his life to have never seen something so beautiful.

The First World War caught him in Holland, where he would remain constantly until 1920. He is hosted most of the time by the Urbans, who in 1915 moved to a house in Amsterdam, before moving to a villa in Blaricum/Laren in 1917.  There, just as in Amsterdam, he had a large studio that he considered a “dream place“2.  Despite his nostalgia for France, it was a fruitful period during which he pursued his literary education by reading contemporary French novelists and poets, became more intimately acquainted with music, and affirmed his concept of art, which for him is “always a feeling of a few reflections of the heavens“3. Analysing the works of the painters of his period and of their great predecessors, he judged that the perfection of colour and form are not enough, that one must be a “searcher of soul”  and that only the style “birthed by emotion is the true one“4.

In April 1916, in Amsterdam an exhibition was organised of 58 of his works.5  If he complained of not being understood by the critics, one of them, Anton Zelling, passionate like Smit about poetry, music and religion, published a long and laudatory analysis of his painting.  Their friendship would endure.

In November 1918, his favourite sister Emma, of whom he had made numerous portraits, died.  He would portray her one last time in 1919 in the Piéta [PS 189], a testimony of grief and of his faith in an afterlife.

Starting in 1919 he envisioned exhibiting in France, too late for the Salon of the Société des artistes indépendants, and then for the Salon of the Société nationale des beaux arts, where he would be rejected in 1920, and finally at the Salon d’automne 1920, a project that he soon abandoned.  It was finally in October, in his studio in the Sparren villa at Laren, that he presented his works6, then, while still in the Netherlands in 1922/23, he participated in an exposition at the Hotel Corvin of Hilversum7.

During this same period in which he alternated stays in France and Holland, he left in March 1920 the Rue Malte to move to a servant’s quarters at 10 rue de la Pépinière in Paris. He visited Vuillard who considered his painting exaggerated, visited Monet at Giverny, encountered and received Picasso. He admired the paintings of El Greco at the studio of the Spanish painter Zuolaga, strolled at Barbizon in the footsteps of Millet, and, during a trip in the Berry, visited in Fresselines the home of the poet Rollinat.  His promenades around Fontainebleau took him regularly to Recloses, a village of which the Urbans and he himself were  “all crazy about”8, where he stayed and painted frequently.

The encounter in the summer of 1921 with Theodore Pitcairn is without dispute the event which would have the strongest influence on his destiny.  This very rich American, a lover of art and a collector, met him at the Urbans in Laren through the intermediary Ernst Pfeiffer.  Charmed by the personality and the talent of the painter, Pitcairn would buy from him year after year the greatest part of his work and would strive, even after Smit’s death, for the promotion and recognition of the painter.

In the spring of 1924, Philippe Smit would begin his first trip of three months in Pennsylvania.  There he produced, at the request of Theodore Pitcairn, the portraits of the bishops of the General Church of the New Jerusalem [PS 246] and [PS 244], the Swedenborgian church founded by Pitcairn’s father and of which Pitcairn was a pastor. The ties between the two men were consolidated by the marriage, on 26 January 1926, of Theodore Pitcairn and Marijke Urban.  In this same period, the painter, a witness for the bride, became a member of the Swedenborgian church.  His mysticism, already present well before his conversion, would find itself reinforced, and the writings of Swedenborg would inspire several paintings.

The same year Berendina Urban purchased, in the name of her daughter Lotty, a house in the Rue Sainte Reine in Recloses.  A studio was installed.  The painter evidenced a lively attachment to this region of Seine-et-Marne, which he never left without regret, especially during his visits to the United States where he stayed with the Pitcairns in Bryn Athyn, eight months in 1927 and then several months at the end of 1928 and January 1929.

In 1926 Philippe Smit purchased the Château de La Motte in Thoury-Ferrottes, of which he granted the usage rights in 1928 to Theodore Pitcairn, who there constructed a studio. Smit shared thereafter with Berendina, divorced in 1928, a very comfortable life which, if it distanced him from the constraints of the art world and thus prevented the recognition of his painting, permitted him full liberty to consecrate himself only to his work.   Nevertheless, his work found an ardent defender in the person of Kasper Niehaus, a Dutch painter and renowned art critic, who would unceasingly salute in his articles the virtues of the painter, not hesitating to call him in one of his studies Philippe Smit, unknown genius9.

In addition to frequent stays in Holland sometimes of several months, Philippe Smit travelled to Spain in the spring of 1930 where his visit to the Prado confirmed his admiration for El Greco.  In the summer of 1931 he was in Brittany, in 1933 on the coast of the Var, in the United States and again in Brittany, and in 1936 in the Loire valley. In December 1933 and January 1934, he exhibited in Amsterdam at the Goudstikker gallery.10

This happy life, which only fragile health impeded, would be interrupted by the war, which would force him and his relations to take refuge in the free zone in Pau, where they would stay until September 1943.  There he married Berendina on 16 October 1940.Life in the hotel, the difficulty of obtaining supplies necessary for his painting, and the separation from his treasured forest of Fontainebleau interfered with his work, as much as the light and the land of his exile gave him no pleasure.  Back at Thoury-Ferrottes, he found again the appetite for work, and at the end of 1945 left with Berendina on an extensive trip to the United States, from which he returned in October 1946.

An exhibition of his works which were destined to be sent to Bryn Athyn was organised at the Pierre Maurs gallery in  Paris in January 1948.11 Unfortunately the accident of the truck transporting the paintings affected him profoundly and forced him to make emergency repairs on several pastels.

On returning from a brief stay in Holland, he died suddenly at Thoury-Ferrottes on  5 July 1948. 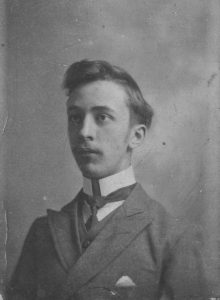 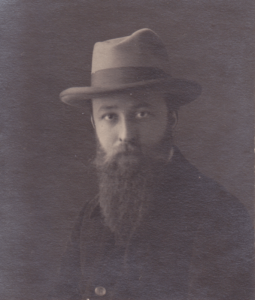 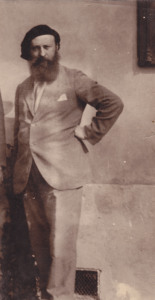 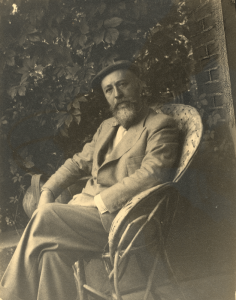 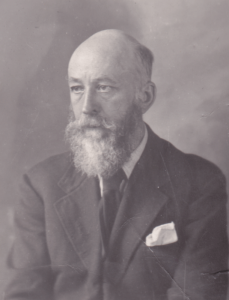