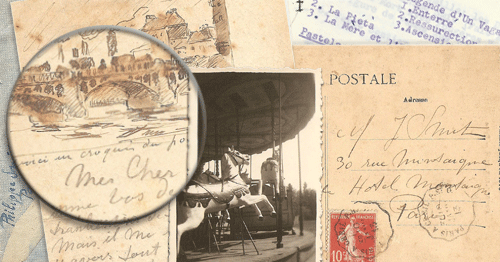 The realisation of the catalogue raisonné was only made possible thanks to the courtesy of individuals and institutions possessing archives which provide insight into the artist’s life and his work.

We could see, study and partially reproduce:

The majority of the documents come from the personal archives of the French and American descendants of the artist’s wife, Berendina Hubscher, and Theodore and Marijke Pitcairn.

In addition, the Glencairn Museum in Pennsylvannia has kindly granted the endowment fund access to an extensive archive of material from the estates of Raymond and Theodore Pitcairn and so did The Lord’s New Church. In the Netherlands, we were able to review numerous documents held by families of friends and descendants of the artist as well as by the Rijksbureau voor Kunsthistorische Documentatie (RKD), The Hague. We sincerely want to thank Mrs. Niehaus-Haavekost for allowing us to study the archives of Kasper Niehaus.