An atheist, Ernst Pfeiffer took an interest in Swedenborgian beliefs in 1916 after having worked with the Salvation Army.1 In 1918, he went to the USA to study it more in-depth and when he could have met with Theodore Pitcairn.2

In 1921, he was the Reverend of the Swedenborgian General Church, which was well established in the United States, and became its first minister in The Hague.3

His first encounter with Philippe Smit can be dated around 1908.4

It was through Pfeiffer that Theodore Pitcairn was put in contact with Philippe Smit in 1921 and who bought two paintings from him, including the portrait of Marijke with a fan with white feathers.5

In 1930, Pfeiffer created the magazine De Hemelsche Leer (Heavenly Doctrine) in which Anton Zelling expressed an new interpretation of the doctrine professed by the General Church of New Jerusalem, one which centred on the freedom of worshippers to interpret the texts, together with the impossibility of imposing a single reading of those texts, while nonetheless adhering to the essential principles of Swedenborgian theology.

The American leaders of the church were disturbed by this new analysis and named in 1937 a bishop at the see of The Hague who warned Pfeiffer to resign and not to publish the magazine.

In the same year, this schism led – under the leadership of Theodore Pitcairn – to the creation of “The Lord’s New Church”, which was eventually structured as a world church ten years later at an international council presided by Ernst Pfeiffer. He was one of its distinguished members until his death in 1979.

In 1948, he officiated at the funeral of Philippe Smit in Thoury-Ferrottes.6 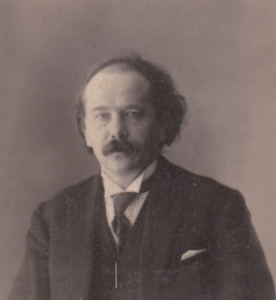