From a family originally from Bois le Roi (Seine-et-Marne), he met Philippe Smit sometime before 1910 and they attended the same schools, “L’Académie” in rue Etienne Marcel and that of Monsieur Gery-Richard in rue Montgolfier.

A strong friendship united the two men for nearly 40 years. He collected the letters he had received from the artist since January 1910 in an album and related in a diary (of which only the years 1920-1935 remain) the details of their encounters.

Married, his wife operated an embroidery workshop on rue Saint Marc in Paris, and he worked as a decorator at Boucheron until 1933.

Very admiring of the work of the artist, Massé exhibited his own creations at the Salon d’automne in 1919.1 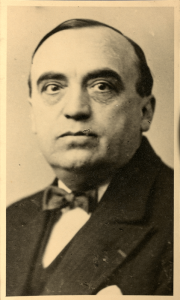