Marijke Pitcairn was born on 7 September 1905 in Bussum, Netherlands, from the marriage of Nicolaas and Berendina Urban.

When Marijke was a child, her parents took in Philippe Smit and sheltered him during the First World War.

Marijke became Smit’s favourite model and the subject of many of his subsequent portraits when she was between seven and twenty-five years. At the end of 1927 her mother wrote to her: “Uncle Philippe talks about you every day, how your nature, your look, each of your movements, was for him an ongoing source of inspiration. Since then, how many young girls has he been able to see around him, but so far none has given him the least desire to paint her. […]“1

In 1921, Theodore Pitcairn, an American collector, bought the large pastel Marijke with a white feather fan [PS 229]. This purchase proved a turning point in Marijke’s life, as Pitcairn sought out the model and married her in 1926.

While she essentially lived in the United States after her marriage, Marijke and her husband spent time in France on several occasions, particularly in Seine-et-Marne, where the couple bought the castle of Pleignes in the commune of Montcourt-Fromenville at the end of the 1920s, before selling it after the Second World War. Some of their nine children were born there.

Marijke died on 10 November, 1978, five years after her husband. 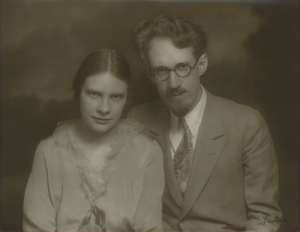