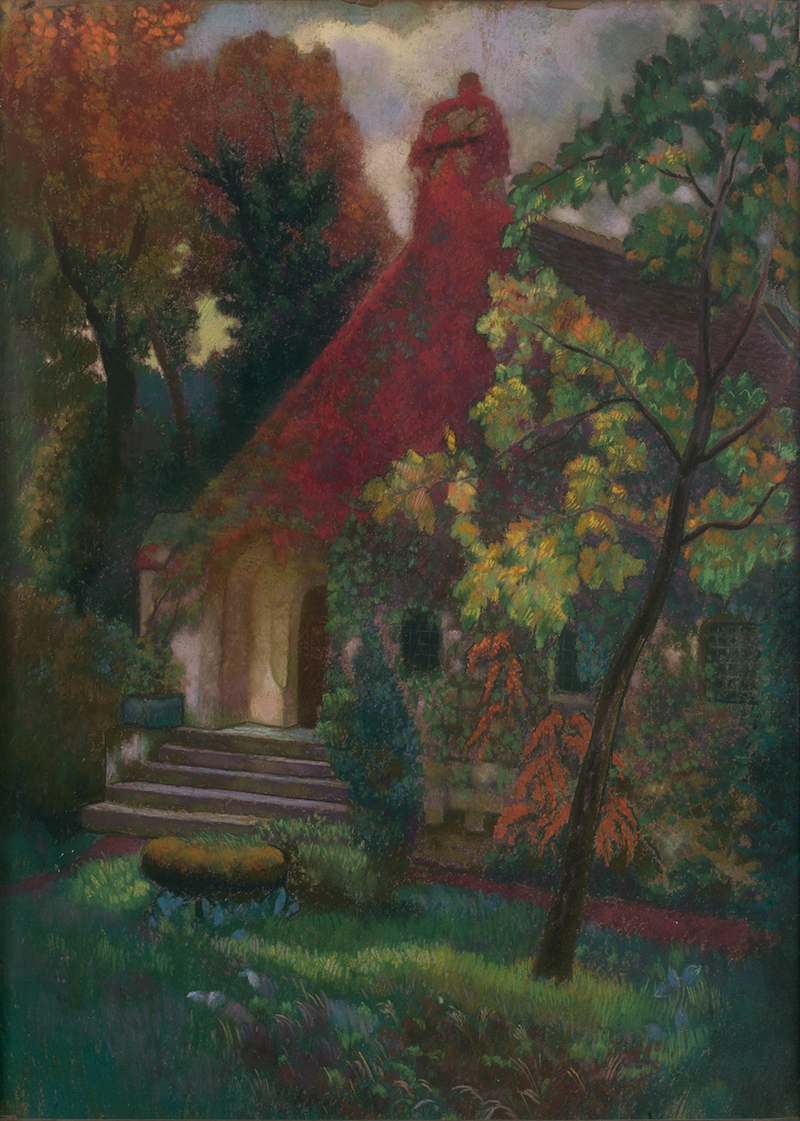 In the park of the Chateau de la Motte1 in Thoury-Ferrottes, Theodore Pitcairn, patron and friend of Phillippe Smit, built a studio for him. The works started in 1928 and ended in the autumn of 1929.
Albert Bray (1884-1959) - chief architect of both Monuments historiques and, more famously, the Palace of Fontainebleau between 1922 and 1954 - was put in charge of drawing the plans, which are now held in the departmental archives of the Seine-and-Marne2.
Bray presented plans in an eclectic style that was fashionable at the time, with particular references to the Arts and Crafts movement. The plan for the main facade was originally conceived with a prominent porch and opening of tall windows with a Gothic influence on either side of the stone chimney (fig.1). The plan was eventually scaled down to a more severe version (fig.2) without altering the overall appearance of the building.
Unfortunately, apart from these drawings, we do not have any record of specific instructions to the architect by those commissioning the work. Nonetheless, the resemblance between the exterior of the studio with a chapel, as noted by Rene Masse in his diary3, is no coincidence. Albert Bray knew that his clients were heavily involved in the Swedenborgian church that Smit had joined as a member in January 1926.
Some photos4 and notes in the Masse diary give us a relatively clear idea of the interior of the studio "[…] Arrival at Château La Motte. … We go to Philippe’s new studio. On the outside looking like a chapel, an old wooden front door, […]".5 (To read more see Chronology 1929) 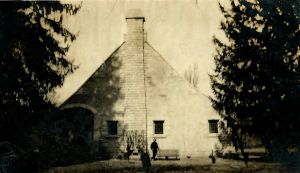