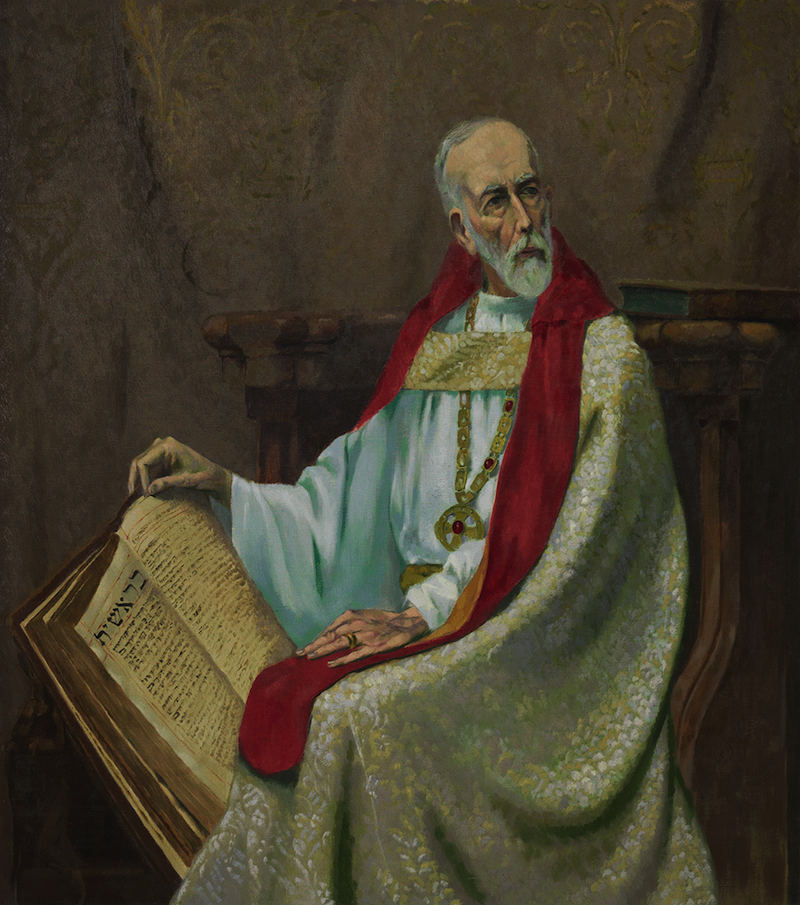 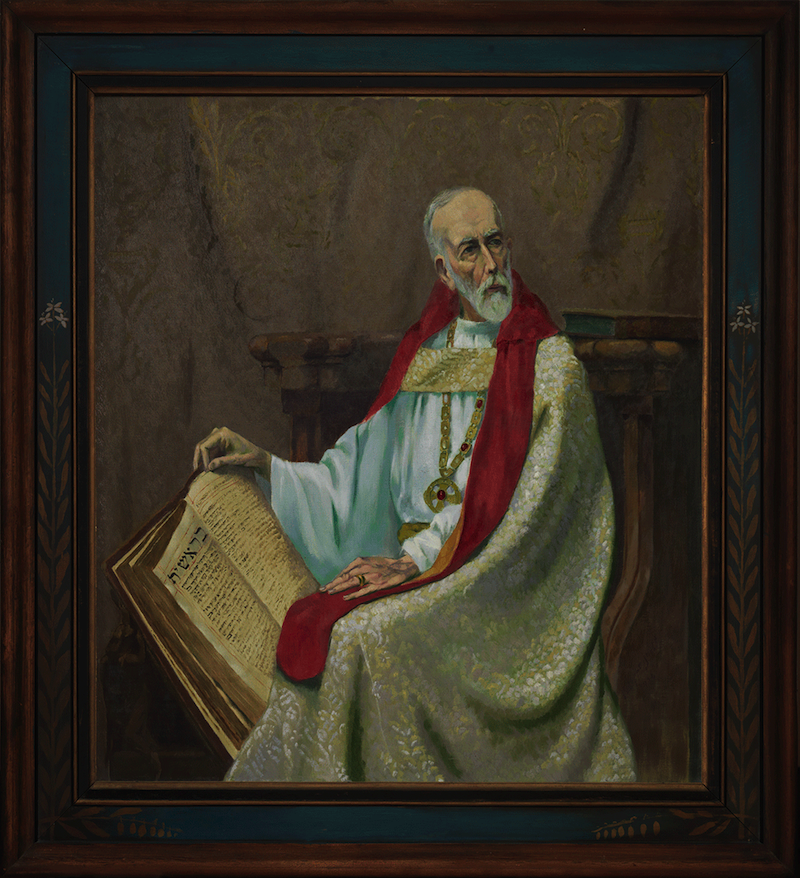 In 1921 Thedore Pitcairn travelled to Europe looking for paintings for the cathedral in Bryn Athyn, the meeting place for members of the New Church. It was the significant financial contribution from the Pitcairn family that made the building of the cathedral possible (fig. 1). The Pitcairn brothers, Raymond and Theodore, both wanted to find artists who could do portraits of the clergy and produce designs for the tapestries.
It was during this trip, which took him to Holland, that Theodore Pitcairn met Philippe Smit through the intermediary Ernst Pfeiffer. Captivated by his work, he made his first acquisition of two pastels, [PS 229] and [PS 227]. "I feel certain he is the greatest living artiste quite a young man. I wish he could come to B. A. [Bryn Athyn] and paint the Elder Bishop. I met him and liked/ him very much." This is how Theodore described his first impressions of the painter to his brother.1 He was convinced that Smit was able to express their ideals through his art. "The Spiritual world is very real to him" and "I believe their [sic] is any one who could do as much for the decorative end of the church with as earnest a religious spirit as he."2 Raymond Pitcairn, trusting his brother’s judgment, is receptive to the idea that Philippe Smit should come and do the portraits but had reservations about his ability to carry out the tapestry projects and preferred to enlist the artist Winfred Hyatt.3
The portrait of William Frederic Pendleton (1845-1927), first bishop of the "General Church of the New Jerusalem" (New Church), and that of his brother [PS 244] are not well received and in particular it is Winfried Hyatt who totally denounces them.4 The Belgian painter Jean Jacques Gaillard, also a member of the Swedenborgian church, is similarly critical of the portraits which he knows from photographs.5 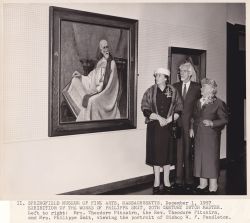 Photograph of the opening of the Springfield exhibition, 1 December 1957 (private archives, Paris). 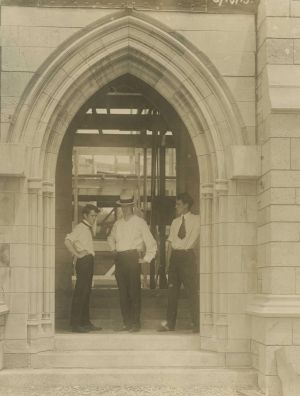