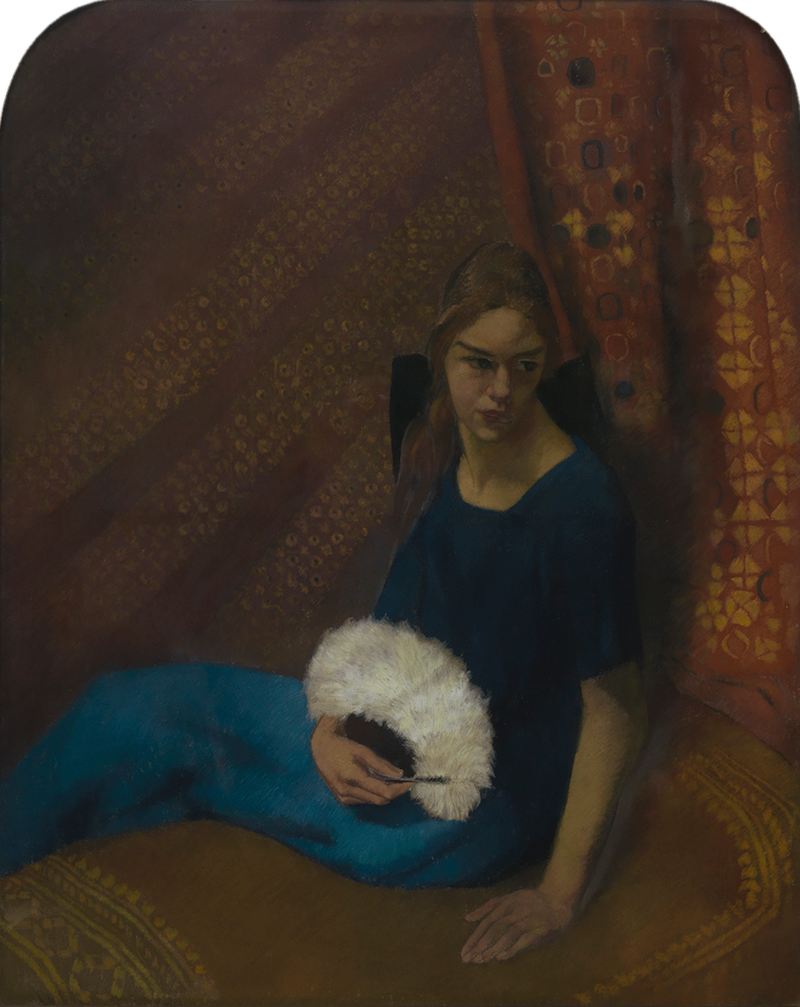 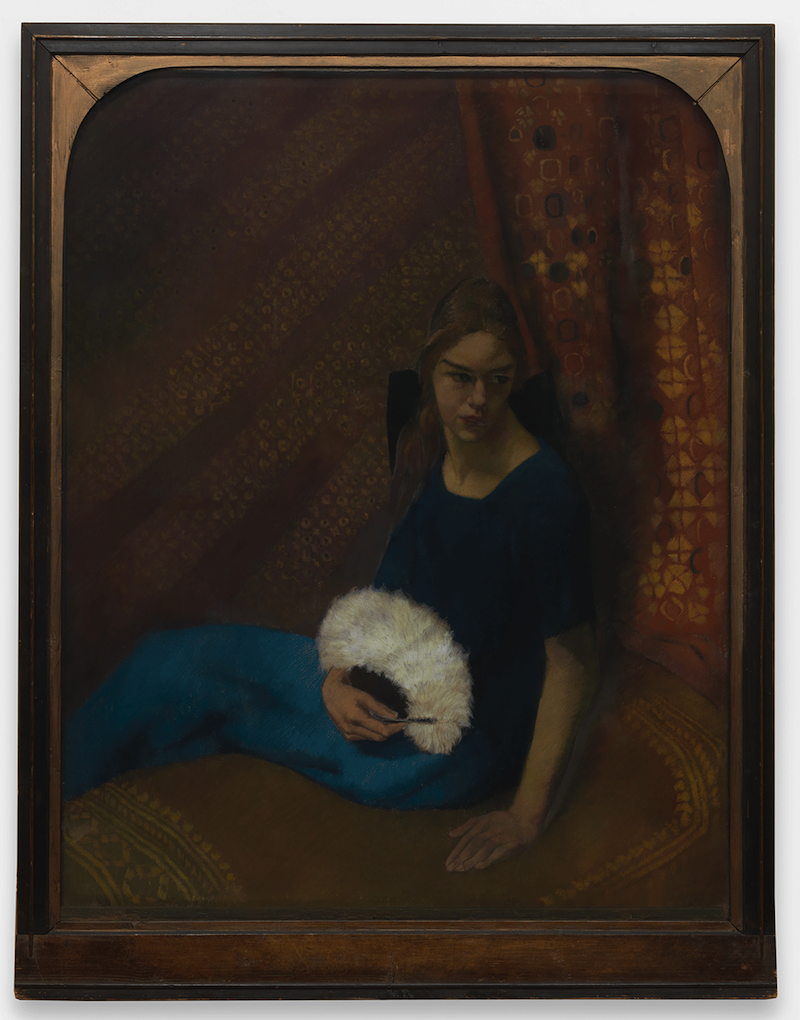 This pastel, along with Spring Song [PS 227], is Theodore Pitcairn’s first purchase in 1921, while travelling in Europe.1 Ernst Pfeiffer is the intermediary. This acquisition will have a decisive influence on Marijke’s life, for the buyer succumbs to the charm of this young girl, sixteen years old at the time. He will marry her in 1926.
The portrait is a truly key work as it stands at the beginning of a deep love and also of a patronage and a profound friendship between the artist and Theodore Pitcairn. It will be a deciding factor for Phillpe Smit’s career, since this first purchase convinces Theodore Pitcairn of the worth of the painter, from whom he will buy a significant part of his production throughout his life.
The purpose of the trip to Europe is, among other things, to find an artist who is able to execute portraits of the clergy and members of the church2 of the Pitcairn brothers.
At the end of 1921, Ernst Pfeiffer handled sending the two pastels to Raymond Pitcairn.3 In a letter sent to Theodore, who had been staying for months in South Africa, Raymond relays his mixed feelings about the portrait: "[…] I have had a very good/ opportunity to study the two pictures of his which you purchased as they have/ been hanging in the house for some time. The portrait of the girl would/ stand out as a successful picture in any modern exhibition. The lips may/ look a little painty and there may be a slight lack of refinement in the/ execution, however the picture is strong and wears well. […]"4 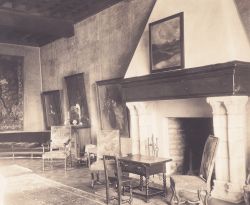 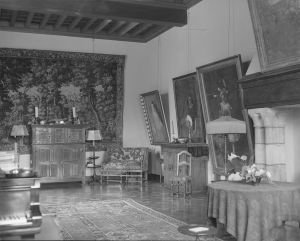 Portrait of Marijke hanging between those of her mother [PS 298] and her eldest daughter Miriam [PS 394], large living room in Theodore Pitcairn's house, Bryn Athyn (photograph, after 1945, courtesy of Mrs. Michael Pitcairn, LNC archives).
Record last updated December 10, 2018. Please note that the information on this and all pages is periodically reviewed and subject to change.
Citation: Narzt, Andreas and Castellani, Florence. "Marijke with White Feather Fan, 1921 (PS 229)." The Complete Works of Philippe Smit. http://www.philippesmit.com/cr/catalogue/entry.php?id=229 (accessed on September 26, 2021).